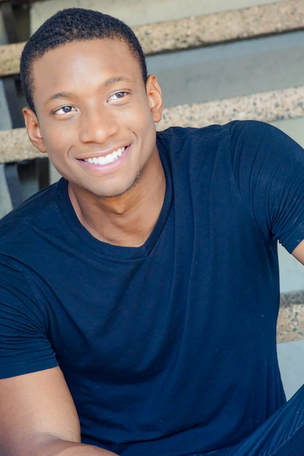 Danny Royce is an Award-Winning Actor, Host, Writer, Producer, model, and Entrepreneur. He is of African, Cherokee, and Latin decent. He is a 2x Best Actor Award Winner for his performance in 93 Miles and starred in two feature films that were accepted into Cannes 2018 and 2019 respectfully. You can recently catch Danny on BET’s The Family Business, and the upcoming film HOPE, in which he wrote, produced, and starred in.

Danny is a health and wellness advocate and is the founder and owner of a fitness lifestyle company named ‘F.i.T’, which means Focus on inner Transformation. Danny hosts an inspirational and motivational podcast titled “Why Wait?” and produces the hottest new live digital show “Inside the Black Actors Studio” on Black Hollywood Live Network attached to Maria Menounus.

He strives to be the best he can be in all aspects of life and lives by his motto Born to Inspire. Danny’s love for his family is one of his greatest motivators. He truly cherishes the love and support of his family, friends, and fans. With God on his side, nothing is impossible!! #whywait